Welcome to Curated Friday! This week we are talking about more Pokémon Go, another brilliant childhood book brought into the theatres and the stories of two cities very dear to us – Kuala Lumpur and Singapore. 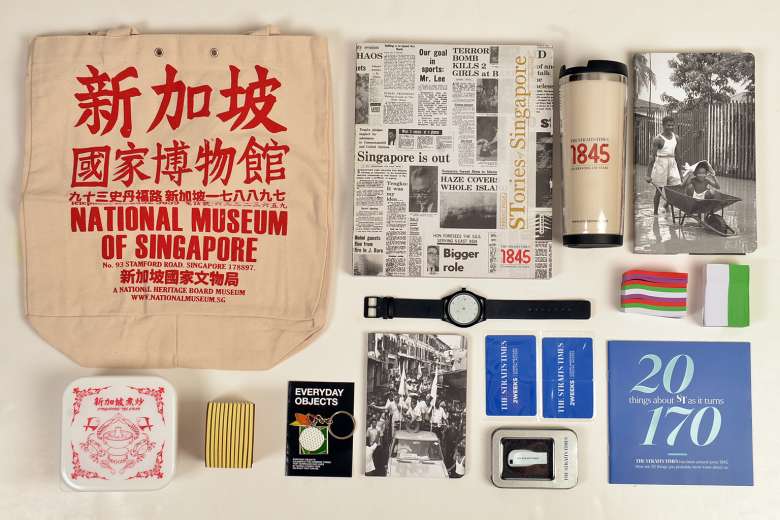 Singaporeans: If you were asked to pick an object to represent Singapore, what would you choose? Tiger beer or Tiger Balm? An SIA kebaya or an Army T-shirt? The Merlion or Singa the Courtesy Lion?

Taking a cue from the popular British Museum’s 2010 radio series and book, A History Of The World In 100 Objects, Melissa Sim contacted museums, archives and reference books to tell the story of Singapore through 50 objects.

This year, to commemorate Singapore in her 51st year of nationhood, the hunt is on to find the 51st object. Ms Angelita Teo, director, National Museum of Singapore, said that many of the most precious and interesting artefacts in the National Museum collection were folk-life objects contributed by Singaporeans.

“They hold great memories and resonate emotionally with visitors of all ages,” she said. “Through this project, we have a chance to highlight some of the lesser-known pieces in our collection.”

This week in city branding

Back in the home ground, fellow proud Malaysian Sze Ying Goh has written in perhaps the most wonderfully written insider’s guide to Kuala Lumpur so far, including all the little details KL city dwellers are so ever proud of.

“If you mute all mechanical noises in this city you’ll hear conversations in different languages, usually had over meals. This recording is of an evening at Devi’s Corner, an eatery that serves Indian cuisine on banana leaves in the neighbourhood of Taman Tun Dr Ismail. Banana-leaf cuisine is as ubiquitous as mamak food (served in halal eateries, run by locals of Tamil Muslim origin). Around dinner time, the patrons’ chatter overlaps the Maghrib call to prayer from a nearby mosque.”

Summarising the city in five words, “sprawling medley on unending malls”, she details about best and worst skyscrapers in the city, the sustainability efforts taking place, our very own street style, local artists and wonderful people to follow – and what KL does better than everywhere else (hint: food does tell a lot of stories).

Check out the article here.

Everyone’s favourite big, friendly giant created by Roald Dahl, the BFG (which it what it actually stands for – big, friendly giant) is brought to cinema by one of the most influential film directors, Steven Spielberg. Ten-year-old Sophie is in for the adventure of a lifetime when she meets the Big Friendly Giant. Naturally scared at first, the young girl soon realizes that the 24-foot behemoth is actually quite gentle and charming.

Tulsa World has wonderfully reviewed the movie in which was mentioned,

Instead, “It’s more of a bedtime story for young and old alike, and a sweet tale of the healing power of friendship.” 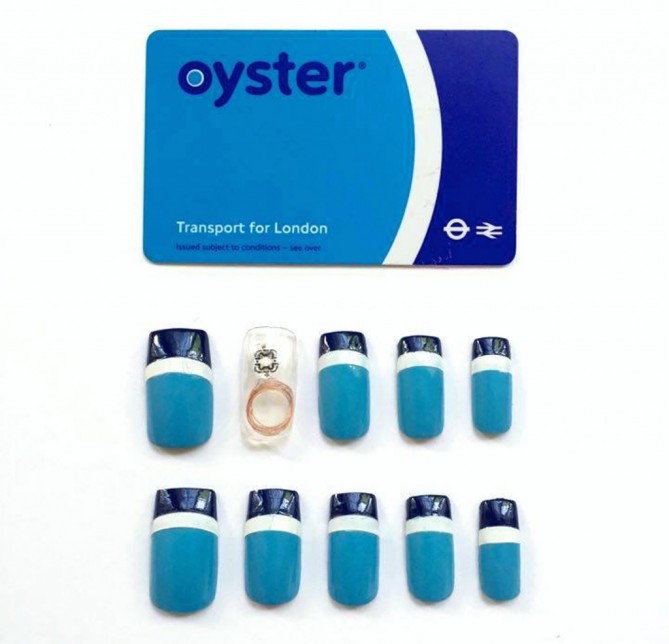 We are really loving this project by fashion student Lucie Davis from UAL Central Saint Martins, who has created a set of false nails embedded with an Oyster card microchip enabling her to get on London’s tube simply by placing her hand atop the card reader. The microchip will let her on and off the tube and can be topped up with money, just like a regular card.

“I wanted to show how false nails can act as part information, part decoration. They can create a space between portable and wearable objects and adornment.” Davis created the acrylic nails as her final project for school. 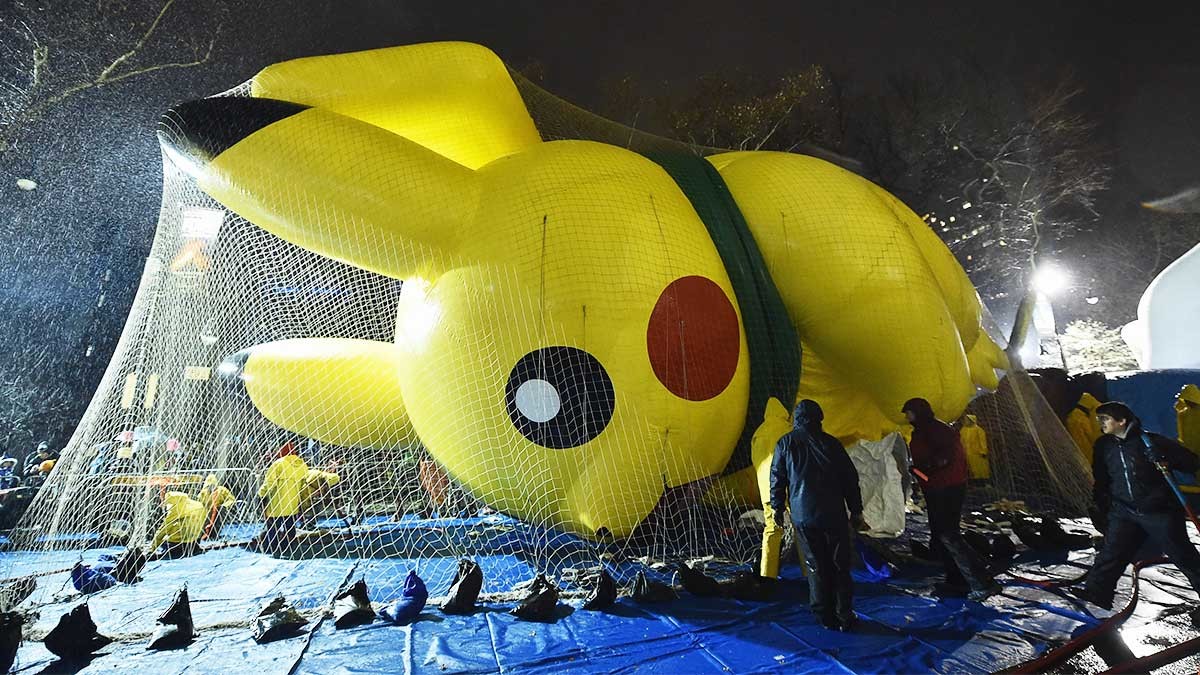 As an extension of our previous feature on Pokémon Go, this brilliant article talks about the app’s direction towards contributing to the future of user interaction.

Pokémon Go’s astonishing popularity highlights how profoundly touchpoints — any interaction between your customer and your offer — define and design user experience. Much of Go’s global appeal comes from an augmented reality sensibility that literally and figuratively transforms real-world environments into digital playgrounds.

It is so viral that there’s already Pokemon of New York,  which is a project of artist David Wardell to focus on what lies beneath the combat power. In the style of Brandon Stanton’s Humans of New York series, David Wardell has been capturing New York’s Pokémon not with Poké balls, but with his camera. “I created Pokémon of New York in an attempt to raise awareness that life in this city can be rough for Pokémon trying to make it on their own,” Wardell told the Daily Dot. “They’ve got dreams, they have families, and above all, they have heart!” 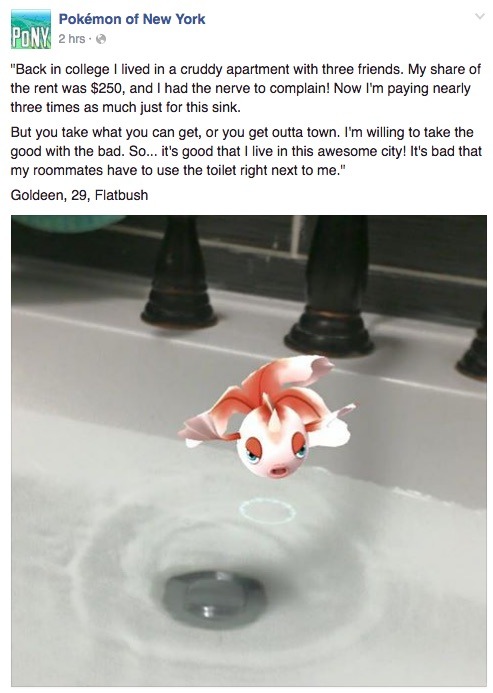 Also, this is how the SpaceX team ended their live webcast last week. 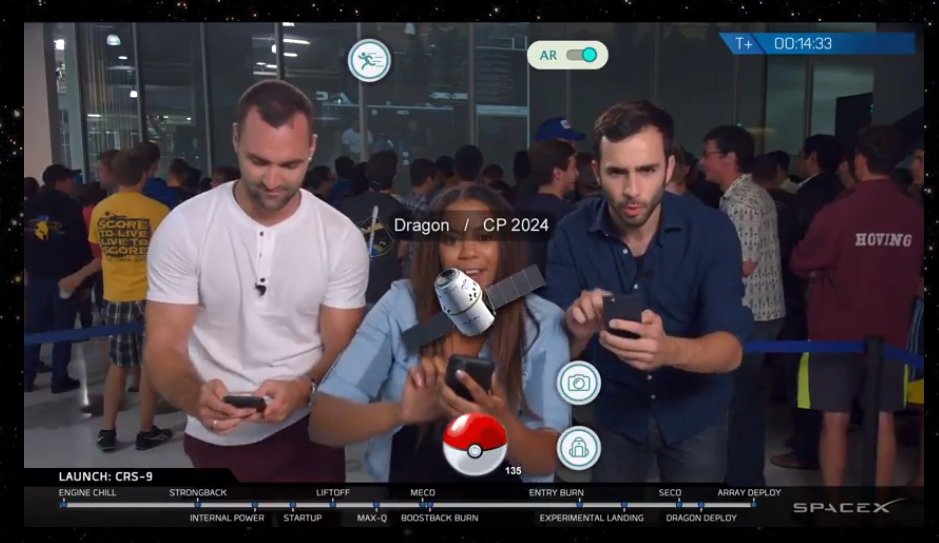