Last time we checked, web designers used to design websites. It all seemed pretty straightforward. But in the recent years new job titles started popping up like mushrooms, causing a lot of confusion.

There are now a multitude of roles involved in the process, like UX , UI , content, and interaction designers, just to name a few — and we haven’t even got into the development side. What are all these roles, and does it really need to be so complicated? Let’s find out.

Web designer is a bit of an umbrella term. In the sense that it’s very, very vague. So much so, that it can refer to a person who making banner ads, or to one who will singlehandedly design, develop, and host a website. And anything in-between. These days it’s most commonly used to refer to somebody who will either design all of the visual aspects of a website, or do it all. As all these new roles came along, the term web designer is mainly left for generalists. They are usually hired for simple websites, when the scale of the project doesn’t justify hiring several specialists.

By now, most simple websites you can imagine have been created so many times and so many ways, that their basic building blocks and the best ways they can be employed have been established. Every website needs a contact page with a contact form, right? To save everybody from needless work, thousands of  takes on simple websites are now cheaply available as templates, or themes. Many of them can be populated without too many technical skills, so templates took a lot of web designers’ market. However, they also rely heavily on templates, and customise them to meet client requirements. This saves them from having to start from scratch, and reinventing the wheel each time. The role of web designers have shifted towards bridging the gap between template websites and costume projects. 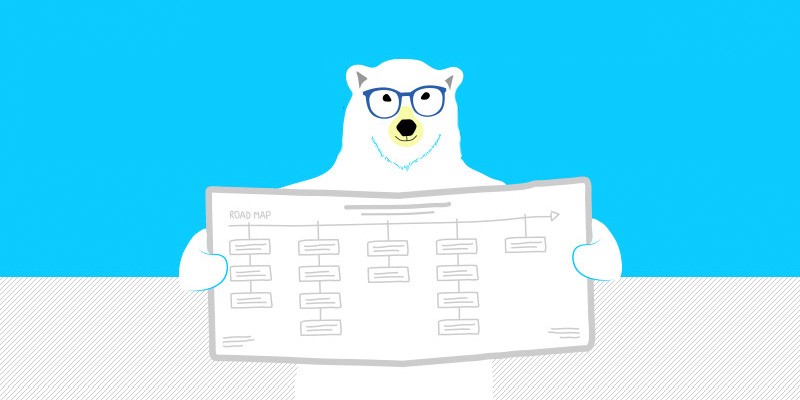 This role is so complex, that we had to turn to Wikipedia to be able to quickly sum it up.

“User experience design … is the process of enhancing user satisfaction by improving the usability, accessibility, and pleasure provided in the interaction between the user and the product.”

This can involve many things from conducting UX research, (which can be a job on its own,) to coming up with wireframes about how to most ergonomically structure content, to designing interactions.  If you want to see a more exhaustive list, you can on uxdesign.cc. UX designers have so many fields of concern, that the toughest one is to know where they end. They overlap with nearly all other roles involved, including product design, which overlaps with business decisions. As this role is so broad, it’s likely to be the next one to divide into more specialisation.

In practice, most UX designers do the same as interaction designers.  They also design wireframes, interactions, and prototypes, and test them. The main difference, is that the role has clearer boundaries. And also that not calling the role “UX design” acknowledges everybody else’s involvement in crafting the user experience.

Back when the people designing the look and feel of websites were called web designers, the people designing the interfaces of software and electronic devices were called UI designers. Now (at least the first two) are not distinctly separate. It’s often only a technical difference wether we’re using a mobile site, or a mobile app. So as the roles shifted, UI designer came to denote someone who designs the look and  feel of digital products. It involves adding the details to a wireframe, determining the elements’ size, position, colours, typography and all that jazz. Again, this role also overlaps with UX  design. 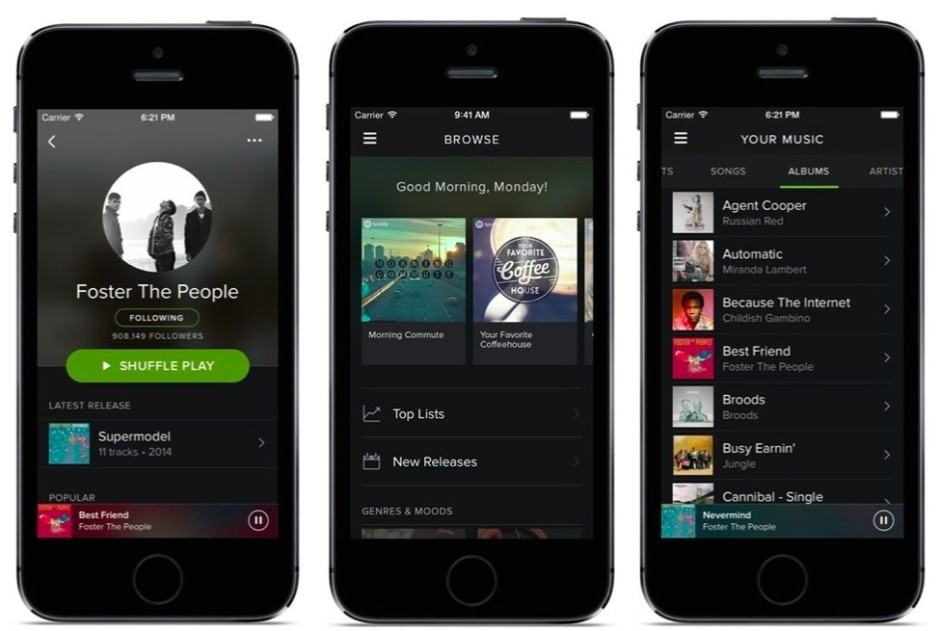 The term originally means somebody who designs objects to be sold, in a digital context it extends to digital products. Most often novel ones. Although it builds on an entirely different skill-set, but very similar principles. Coming up wit a product that people want and need, it does what it says on the box, and is viable in a business sense.  The role of product designer acknowledges the fact, that user experience doesn’t start at designing interactions but it starts at making business decisions, about what the business actually is. Just like UX designers, they also work on creating personas and user journeys, and a lot of their responsibilities overlap.

Content designer is essentially the same as copywriter, focused on editorial content. Having a word designer in the job title acknowledges their agency in planning their work strategically. 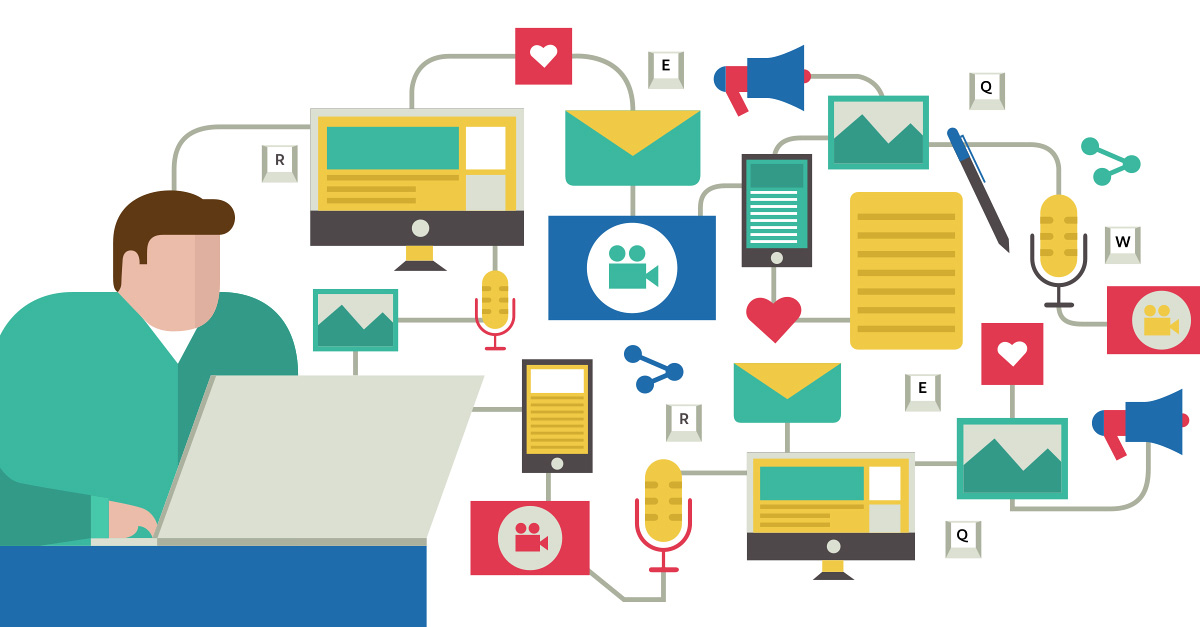 Similarly to a content designer, a content strategist will also write copy with user experience and business goals in mind. In addition to that, they are also responsible for planning, structuring, and managing content on a website. So they don’t just deal with separate pieces of content, but also oversee the bigger picture.

We just want to give a shout-out to developers, as they advise on designer’s work and execute it to reality. Talking about their roles could be a whole other article, but that one’s for Constructs, our blog on development.

As you can see, all these roles are focused on the holy grail of creating the perfect user experience, and products that people will enjoy. But it’s not quite clear where one role ends and the next starts. Does it have to be so airy-fairy? We think so. User experience is a joint effort, and it’s approached in a more and more holistic way, where people work together, not parallel with each other.  Processes and responsibilities need to be fluid enough, so they can keep transforming with the dynamically changing digital landscape.

It has become the status quo, that any business that wants to stay on the map, has an online presence. Once in a while we still meet businesses that don’t have one, and don’t we all think, “They must be so good, they don’t even need a website / social media etc!”

But having an online presence has become a lot more than having  just a website. Not only a lot of businesses’ services are interwoven with their online presence, but a lot of businesses are entirely online. Including some of the biggest ones. Uber, is worth more than some of the companies that produce the cars their drivers use. Considering how the amount of investment needed for the two compares, no wonder everybody wants a piece of that cake. As the digital landscape is more and more competitive, a lot of work goes into second guessing people’s needs and wants. There is constant research into user experience, so we can better understand what makes users tick. And most of the new roles popping up are focused on optimising the user experience based on research findings.

As Sergio Nouvel says it in his article on UX Magazine:

“This switch from web design to experience design is directly caused by the shift from web pages to digital products, tools, and ecosystems. Web pages are just part of something much bigger: mobile apps, API’s, social media presence, search engine optimisation, customer service channels, and physical locations all inform the experience a user has with a brand, product, or service.”

The more complex a digital product is, the more it goes beyond the scope of generalists. The bigger the scope, and the more the outcome matters, the more specialists are involved. As in any field, bigger projects allow for division of labour, which in turn allows for each person to really focus on their respective field, and a bigger sum total of competence within the team.