Welcome to Curated Friday! This week we are paying homage to the next big thing on screen called Stranger Things, which is not only a terrific show, but an elaborate love letter to a time period those of us over 30 remember very well.

Created by the Duffer Brothers and highly influenced by the works of Stephen King and John Carpenter, the show starts from an odd disappearance of a little boy and the discovery of a suspicious government lab, grotesque faceless lone creature and the appearance of a stoic little girl in a small Indiana town in 1983. It is a complete cliffhanger yet fast-paced, I gorged on all eight episodes in two days. Stranger Things is packed with a fantastic voyage through ‘80s design influences, of which we are going to discuss. 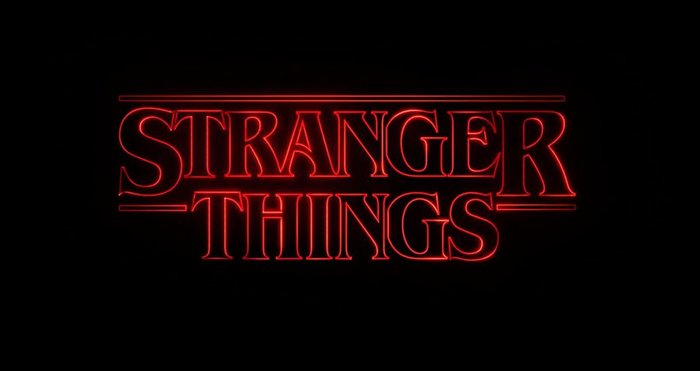 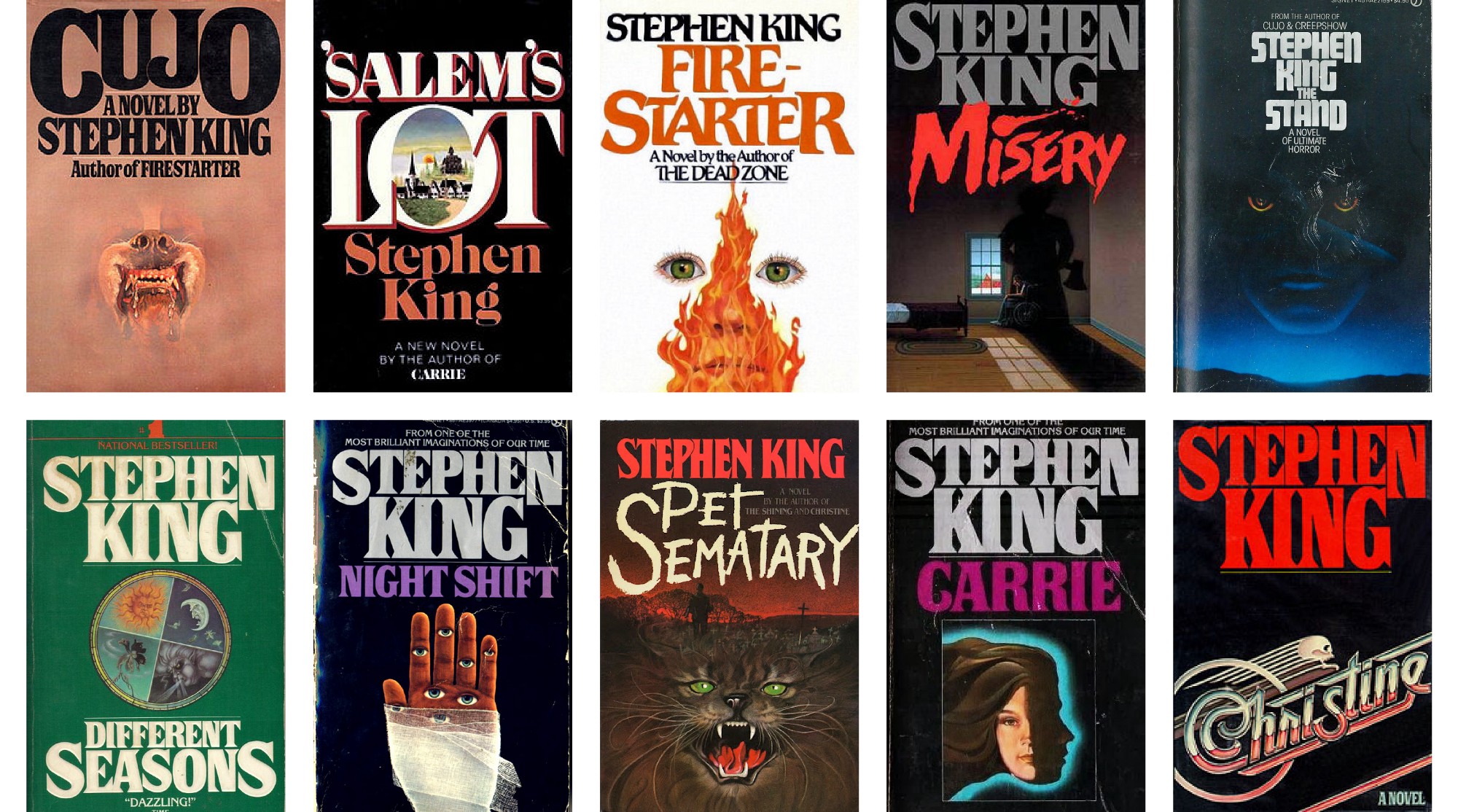 From Sarah Gless’ post, a relevant overview of Stephen King covers which could have influenced the direction for the Stranger Things title design.

The Duffers cite designer Richard Greenberg’s iconic title designs as being an influence on their direction for the titles:

There was a two-fold inspiration. One was, in terms of the font [ITC Benguiat] and the title design, going back to those old vintage Stephen King books. We sent 12 different old covers to Imaginary Forces, who were designing the titles — we wanted it to be in the style of these novels. There’s something about when we were kids, when you would open up one of these big fat Stephen King novels that we loved. We wanted the show to have that sort of feeling every time you got to a new chapter.

The main title sequence was created by Imaginary Forces:

A disjointed version of the title starts the sequence which typographically sets the tone for the show. Imbuing the opening with a sense of unease, the music informs the movement of the type as the letterforms slide together to form the title. … mimics an optical look which reflects the time period of the show, it also seems as if light is passing through film, creating a lush haptic quality.

Passionate fans have started comparing the series’ scenes with those of classic films, finding that its creators even duplicated specific shots from E.T., The Goonies, and Alien.

If you’re as madly in love with Stranger Things as I do, you may want to check out some of its influences, including Firestarter, Close Encounters of the Third Kind, Poltergeist and The Thing.

For children of the ’80s, many of the props in Stranger Things were immediately recognizable. Lynda Reiss,  the veteran prop master for the series was tasked with wrangling a slew of period-correct gear for the Netflix series, from the boomboxes to the bikes to the cans of pudding. To get the amazing ’80s stuff, Reiss scoured eBay, flea markets, prop rentals, and estate sales in Georgia.

Reiss says bikes may have been the hardest props to get because she needed 16 in all: Each boy had one primary bike, a backup, a stunt bike, and a backup stunt bike. It’s nearly impossible to find that many identical bikes from the ’80s.

They don’t make chocolate pudding in cans anymore, so they used cans of Vienna sausages and luncheon meat, then slapped replica chocolate-pudding labels on them.

“I don’t want to do a nostalgia-tinged product,” Reiss says in this Wired article about the stories behind the retro 80’s props in Stranger Things. “I want it to be the ’80s. I don’t want it to be what everyone just thinks is the ’80s. Our baseline was the reality of the midwest in 1983.” 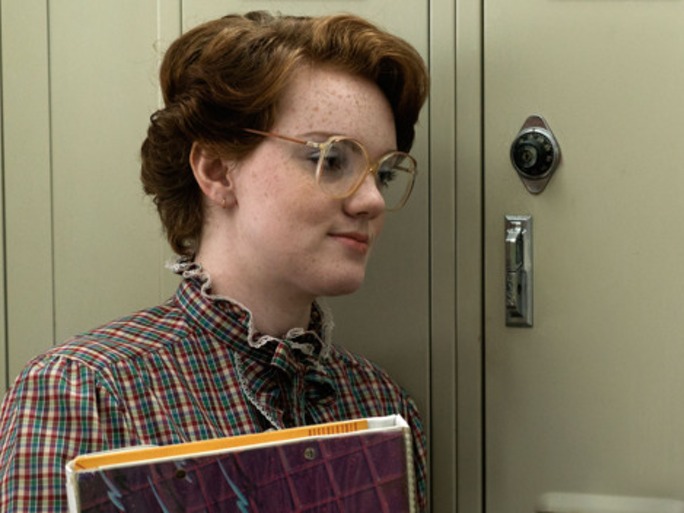 1983 was where the era of mixtapes, landlines, children actually playing outside as well as ’80s fashion galore! There’s a good deal of striped polos, plaid skirts, turtlenecks. You can’t forget the muted color palette either — every episode had characters decked out in mustards, browns, and oranges. 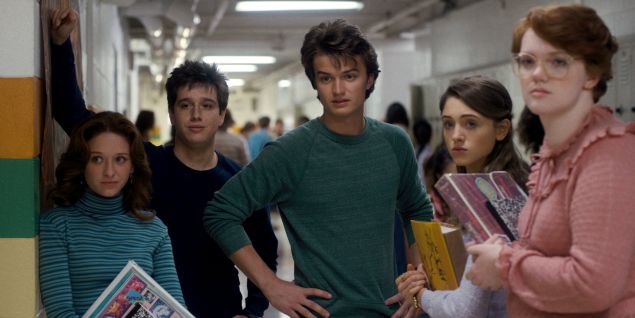 Steve in the series is the classic cool kid; he drinks, his parents go away on a Tuesday leaving the house free for parties, and hook-ups. His hair is also at a height Jean-Ralphio Saperstein would be envious of and he has a whole load of smooth lines at his disposal. You can read more on Stranger Things and the style of growing up in this Observer Culture article.

Here’s also a guide on how to dress like the characters in Stranger Things without looking dated, if you are into it. 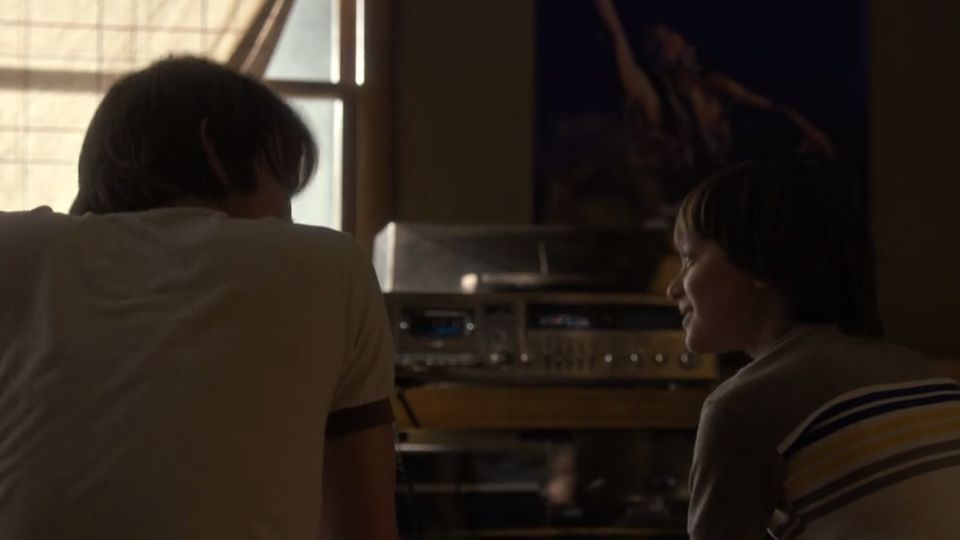 Watching Stranger Things immerses you in the sounds and the soundtracks of the ‘80s. The Clash’s Should I Stay or Should I Go is a repeated theme here, and other nuggets such as New Order’s Elegia and Modern English’s I Melt with You encapsulate key scenes.

Here’s a complete list of songs from each individual episode from the eight episodes (and yes, Spotify playlist)

But the musicians who really set the tone for Stranger Things are Kyle Dixon and Michael Stein of the Texan synth band S U R V I V E. The duo has been bringing moody synth soundscapes to life since 2008. Their music already contains a bold cinematic quality, their records pulsing with droning hums and glitchy outbursts over layers of icy melodies. But they didn’t land their first Hollywood opportunity until they were approached about licensing two songs off their eponymous full-length record for the 2014 thriller The Guest. For Stranger Things, the Duffer Brothers hired Dixon and Stein to write all original music.

The biggest challenges to creating the soundtrack was to to avoid ’80s musical cliches while staying true to the period, as had been instructed by the producers offer a delicate balance. “They just didn’t want the music to really put it over-the-top and make it too much,” said Stein.