As if we haven’t got any more reasons to fervently walk while staring into our phones, out comes Pokémon Go.

In case you haven’t heard, Pokémon Go is the new smartphone app featuring the augmented reality technology that lets you traverse outside and catch these virtual creatures when you’re in proximity to them. It is an extension of the Pokémon game first released in 1996 on the Game Boy platform, which means the diversity of age of users for Pokémon Go could be from 30 year-olds to as young as 8 year-olds.

So far, the game has sent people into streets and parks, onto beaches, prayer houses, random neighbours’ lawns and even in war zone and funerals. As the game became the most downloaded and top grossing app, as much as fun, mishaps also occur – from injuries, to muggings, job loss, privacy issues and pedophilia, particularly when players can send a “beacon” to other users via the game to show that a Pokemon might be nearby, which could be hijacked by criminals.

Despite the multiple bad news, Pokémon Go is said to have helped people fall in love with their cities while on their collective hunt for cartoon monsters. The players are rediscovering history and architecture in their cities otherwise overlooked.

When a PokemonGo adventure has you discovering Korean architecture pieces in the park! ?? pic.twitter.com/JzFCQ3IYg9

Thanks to #PokemonGO I walked 2.7 mi and learned a lot about this areas history, even saw some gorgeous architecture pic.twitter.com/ARDr0PHEs5

Smartphones and the rekindled dream of Pokémon trainers

To understand why the game is on the way to have more active users than Twitter and Tinder, you need to understand where the fandom comes from and where it will head – thanks to the rising usage of smartphones as explained by Nintendo and its smart research and forecasting team in these charts.

The first version of the game sold more than 30 million copies, and following iterations continued to have a strong fan base. For a while, these aging fans stuck around. But when the smartphone replaced the Game Boy as the primary handheld gaming devise, many of these Pokémon trainers hung up their cartridges and stashed away the vast Pokémon worlds they had built in their imaginations. And now they are back. 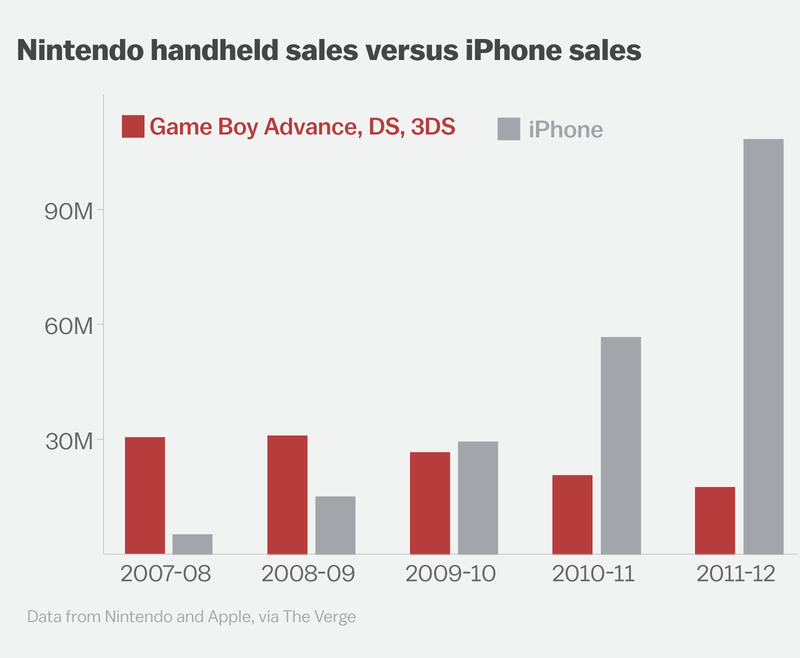 The brilliant mechanics of Pokémon Go

Nintendo initially refused to make a Pokémon game for the longest time on a smartphone. Despite myriad of bugs and endless server outages, you cannot argue that the app is extremely well done. Only a few games in the history of smartphones, apart from Minecraft and Candy Crush Saga, have managed this kind of success.

On top of that, it sends people out of their houses!

What makes this game so engaging, and potentially addictive, is laid out in this Techcrunch article. Detailing the four aspects of game loops – engagement, retention, virality and monetisation – it explains how Pokémon Go has managed to hit a very rare, exceptional home run on every textbook point of the game’s development.

“Pokémon Go, like other well-designed popular mobile games, offers a quick ramp up that teases a lot of front-loaded rewards to get the player to come through the door and shut it behind them.”

“Each capture session is unique — the angle of the Pokéball is different, the placement of the Pokémon is different and there’s also an opportunity to have a unique experience tied with the real world.” 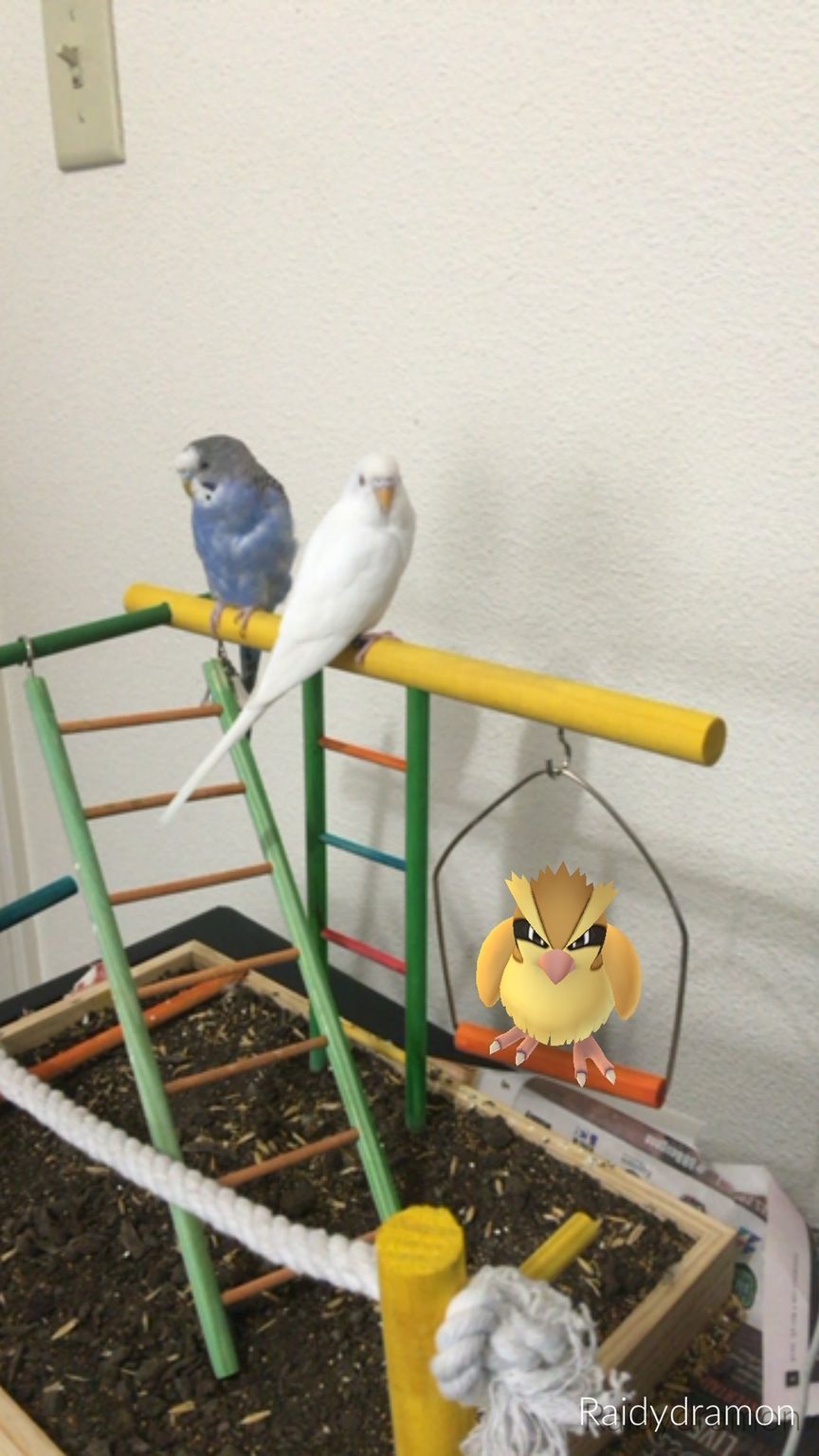 On virality and how it, sort of, enhances your social life:

“…your in-game social graph is an extension of a supplemented version of your real-world social graph. A smartphone owner sees someone playing the game, becomes curious, downloads the game and plays it — both interacting with other players and inspiring curiosity in other potential new players.”

“The most important aspect of this is that the gameplay, unlike most of the most-popular mobile and social games, is not gated. Paying Niantic and Nintendo money simply allows players to progress more quickly, but it doesn’t impede their progress overall. Players don’t feel compelled to spend money, and instead they’re offered a delightful experience when they elect to spend money.”

The future of augmented reality 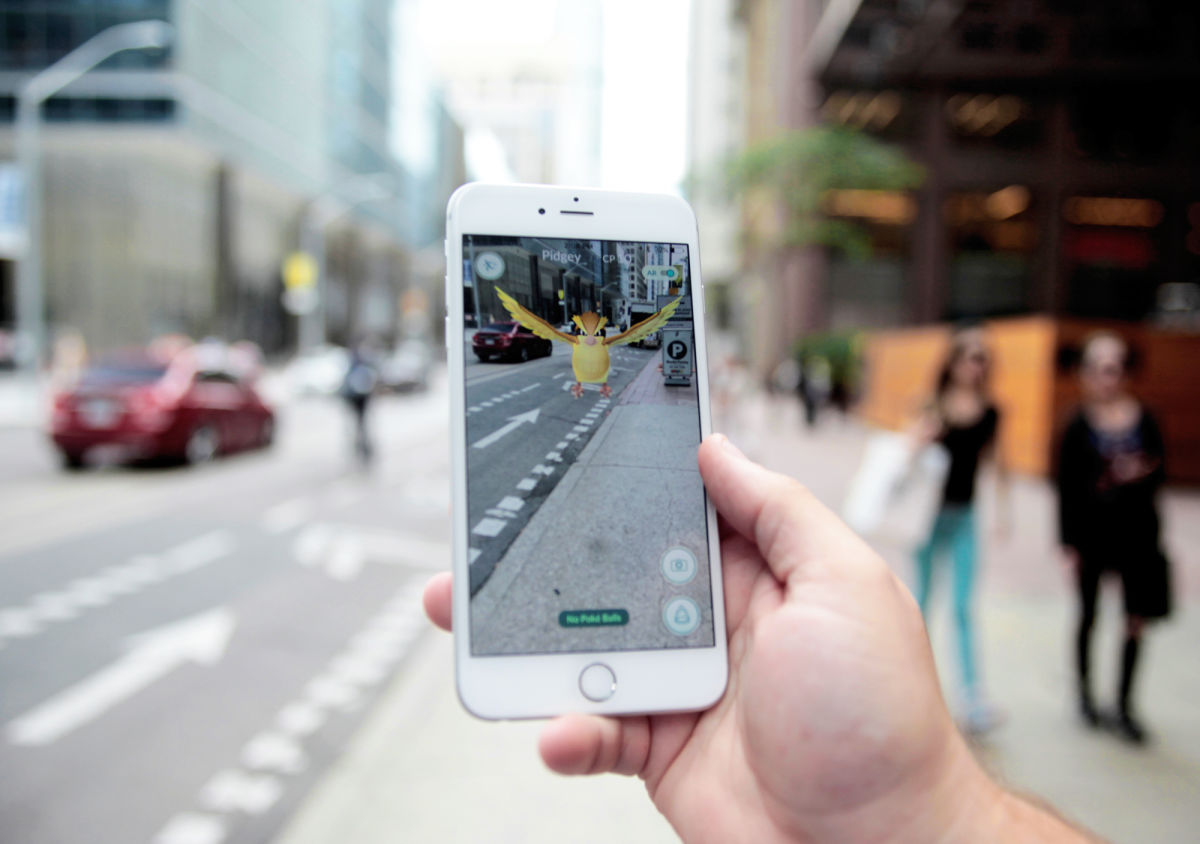 Despite the foreboding dangers, Pokémon Go is a great breakthrough in augmented reality, showing people how the technology works and putting the idea into people’s heads that there could be something more to the world around us. It signals a greater future for augmented reality for mass audience, which previously was only available through specialised business applications for example, allow architects to visualize finished building projects in situ.

If you are playing, here are ten tips from hardcore Pokémon Go player, and some tips to stay safe. Have fun!