I spent most of my time on Snapchat these days – and as with many aspects in my life (and being a hardcore INTJ) I fell into observation of how I use Snapchat compared as to many other social media platforms.

I only allow close friends on Snapchat, the ones where I trust for me to view my cat photos and videos and for me to send selfies when I feel good and when I feel crappy, and they’d send ones of their own equally of the same notion. More so than quick interaction between me and my friends across different timezones, there is definitely lack of ‘pretty’ posts on Snapchat – definitely more originality in the age of curation.

Jenna Wortham in her NY Times article mentioned about how we use Snapchat, “Its entire aesthetic flies in the face of how most people behave on Facebook, Instagram and Twitter — as if we’re waiting to be plucked from obscurity by a talent agent or model scout. But Snapchat isn’t the place where you go to be pretty. It’s the place where you go to be yourself, and that is made easy thanks to the app’s inbuilt ephemerality.”

As with many other social media platforms – blogs (of blogspot, typepad, tumblr and many other kinds), Twitter, Facebook, Instagram, Vine all started out as places where you started off as first drafts. If you were in Flickr from its earlier days, you probably had started off with uploading photos of the same view in different angles with just the assigned DCF standard naming. Your first Twitter post was dedicated to how you felt about papaya (one of my first Twitter posts was, “I think papaya sometimes smells like vomit”), your first Instagram photos were of iPad shots of food and your Vine account were first filled with your attempt to do amateur stop motion where you make paper disappear from your palm.

Over time, Flickr housed more professional photography, Vine gave birth to many 6-second video stars where some of them have made Vine video-making their full-time job, Twitter adopted more curated approach of news, link shares and opinionated comments, and Facebook, well, housed more wide range of both curated and non-curated materials.

Snapchat, which has become hugely popular, lets you share images or video clips to your friends. But there’s a twist: You only send the photos and videos you take in that very moment – you could not upload existing photos or videos in your camera roll. The videos and photos can only be viewed for up to 10 seconds, after which they will self-destruct. If you replay or screenshot their ‘snaps’, they would be notified. You can also jazz up your selfies using Snapchat lenses.

Snapchat is unique in that all photos and videos only last a brief amount of time before they disappear forever, making the app ephemeral in nature. In that sense, the snaps are not (heavily) curated, although several features in the app allows the users to add emojis, text and doodle all over the posts, like this Snapchat user called Audrey, where she doodled on snaps of her cats and called it, of course, Snapcats. 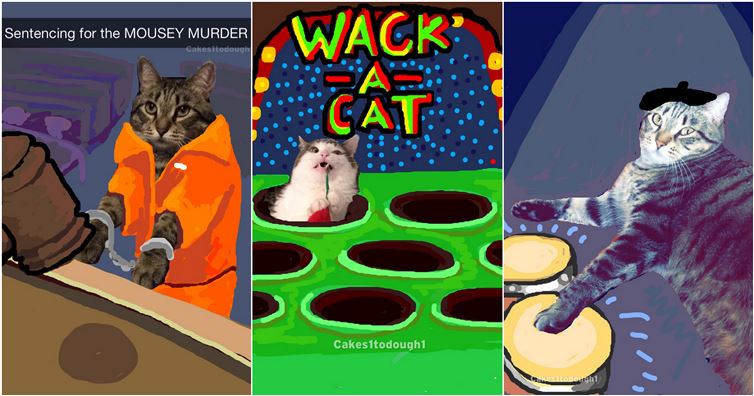 Due to the instant popularity of Snapchat, Facebook reportedly offered to acquire Snapchat for $3 billion. One of the app’s cofounders declined the cash offer however. Facebook later launched a similar app (Slingshot), which failed.

Originality in the age of curation?

While Wortham mentioned, “there’s less pressure to be dolled up, or funny” on Snapchat, just like every other platform, Snapchat’s users and primarily of course, content makers are evolving into creating materials more crafted and refined. 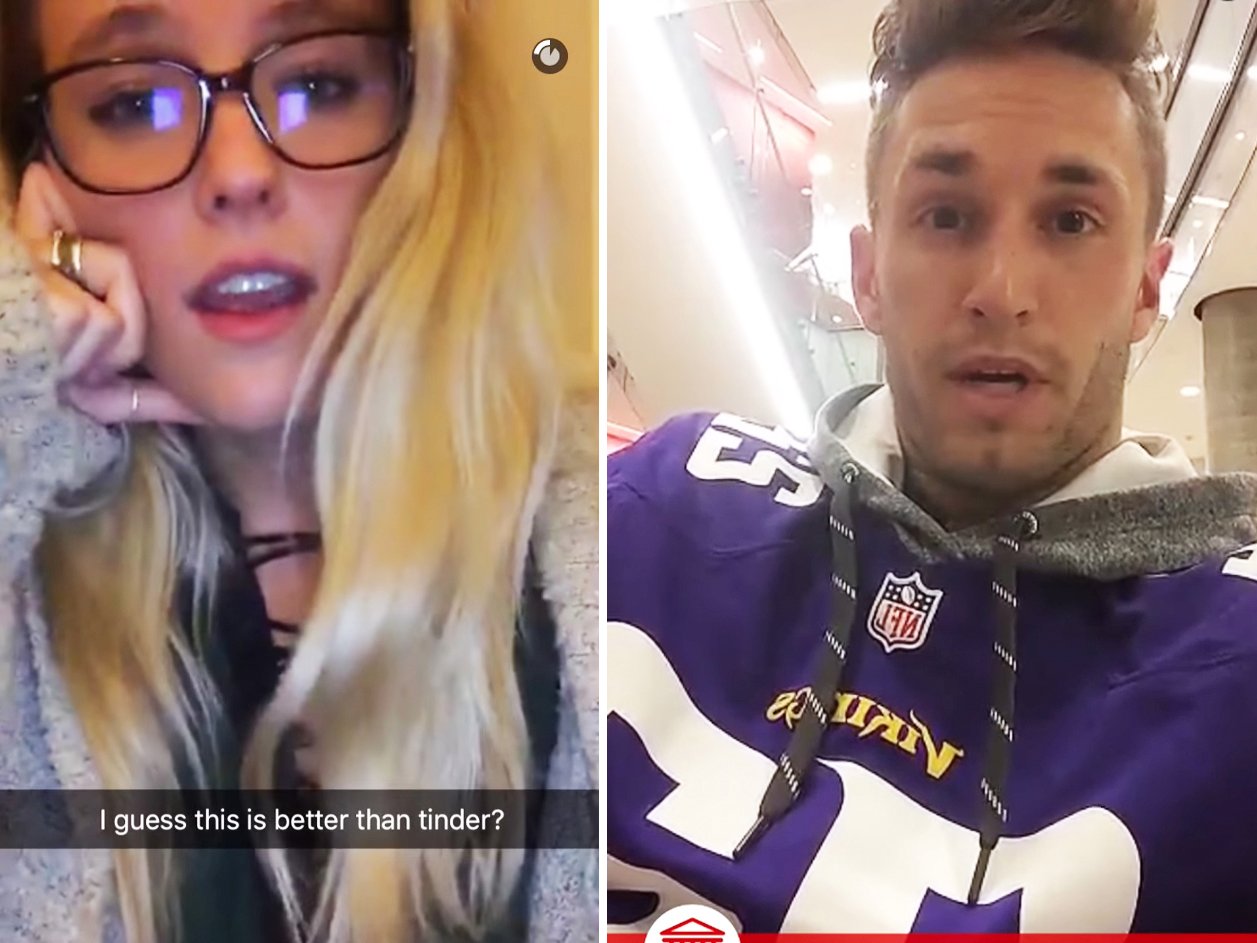 Consider this Snapchat horror story published by Space Oddity Films, this burgeoning romance between these two kids was on full display on the platform, this kid applying for an agency job through Snapchat (and Everlane wants you to Snapchat your job application!), the adventures of Mount Everest climbers, and other Snapchat branded accounts such as NASA where it takes people for an adventure on the International Space Station for a day, The Airbnb, 12hours, and many more.

Something that will never change is that there is always the tendency to project the best side of you on Internet, whatever the platform might be. While we can definitely see that there are areas of Snapchat that mature towards more crafted content, it is hoped that with the lack of its fave-based economy, users are able to keep it real. So keep sending those silly selfie filters and doodled photos amongst close friends, no judgment.