In this week’s Curated Friday, we talk about the Lego-inspired future, the new Android N, and how the net community reacts yet again to another logo change – will this be a weekly event?

This week in events

Get ready to make your way to George Town, Penang, Malaysia for the most-awaited annual George Town Festival! The annual, month-long celebration of arts, culture, heritage and community is in its seventh year and will run from July 29 to August 28, headlined by a number of international acts, with 58% of the acts hailing from Penang itself. 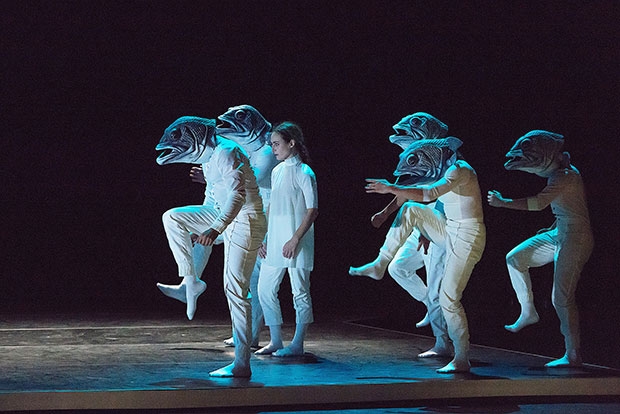 With participants from around the globe, George Town Festival certainly promises to be both eventful and good for the soul. Among the highlights lined up are Kaash, named “Best Modern Choreography” by The Critics’ Circle National Dance Award in 2002 and produced by world-renowned dancer and choreographer Akram Khan, and Canadian-based Les 7 doigts de la main’s Triptyque, a spellbinding show where circus acrobatics meet contemporary dance.

This week in brands

The world of comics is full of rebirths that inject new energy into fictional universes, and ahead of their latest reboot DC comics have updated their logo design. It has received split opinions amongst its fans, as always.

The new logo, developed in partnership with independent design consultancy Pentagram, will make its debut on 25 May as part of ‘DC Universe: Rebirth Special #1’.

This week in technology

Google is set to release Android N later this summer, featuring more than 250 new features. A lot of them are geared toward making the Android experience faster, more pleasant, and more productive. Check out some of the features (multi-windows! VR mode!)

You can also help name Android N – what did you come up with?

The approach lets their designers explore different directions, having the the two sample models combine bold exterior and interior layouts, however with distinct characters, with electrification and autonomous technologies. It is hoping that “by taking a modular approach to both vehicle architecture and powertrain development we have succeeded in leap­ frogging many of the players in the premium segment,” says Dr. Peter Martens, Senior Vice President Research and Development of Volvo.

Speaking of modularity, there’s one concept that keeps popping up in every conversation about how to create successful web experiences: modularity. One way to do this is via design system, described as “everything that makes up your product”, bringing all web elements together in a way that allows your entire team to learn, build, and grow and work more effectively. Think of it like a style guide, but encompassing wider spectrum – from typography, layouts and grids, colors, icons, components and coding conventions, to voice and tone, style-guide and documentations.

Airbnb, for example, pens down a very good case study on building their new mobile app, which leads to the discovery of their own Design Language System (DLS), “a collection of components defined by shared principles and patterns. This allows for rapid iteration using a shared vocabulary across design, engineering, and other disciplines.”

We also spoke about design system and modularity in this week’s Stampede Weekly, so if you’d like to get more similar news in web and design, get subscribed!

Do you think the future is inspired by Lego – able to be separated and combined, proposing astonishing number of possible combinations? It sounds exciting enough.